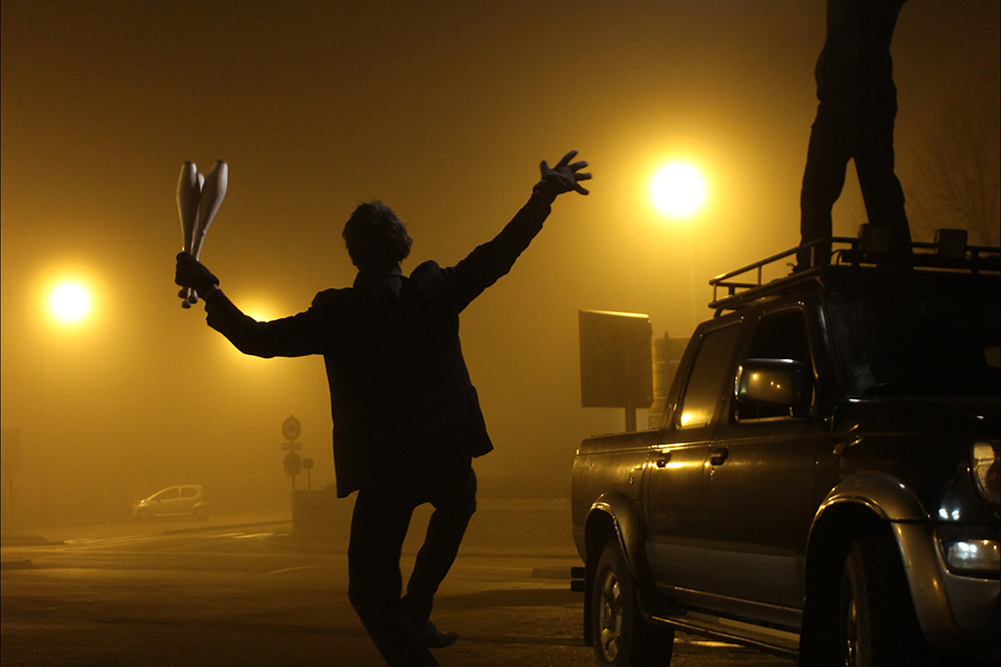 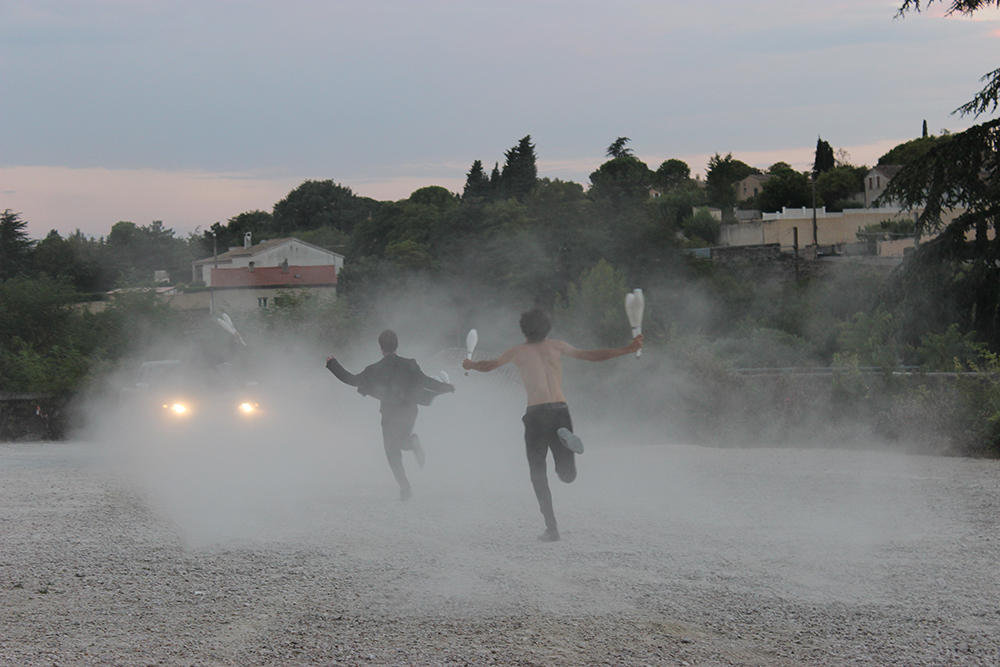 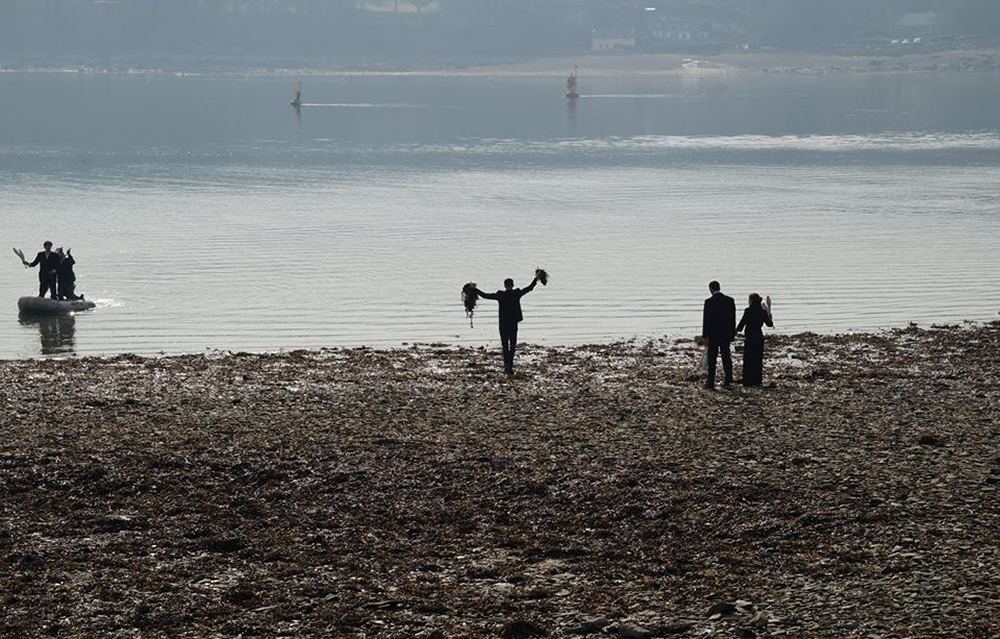 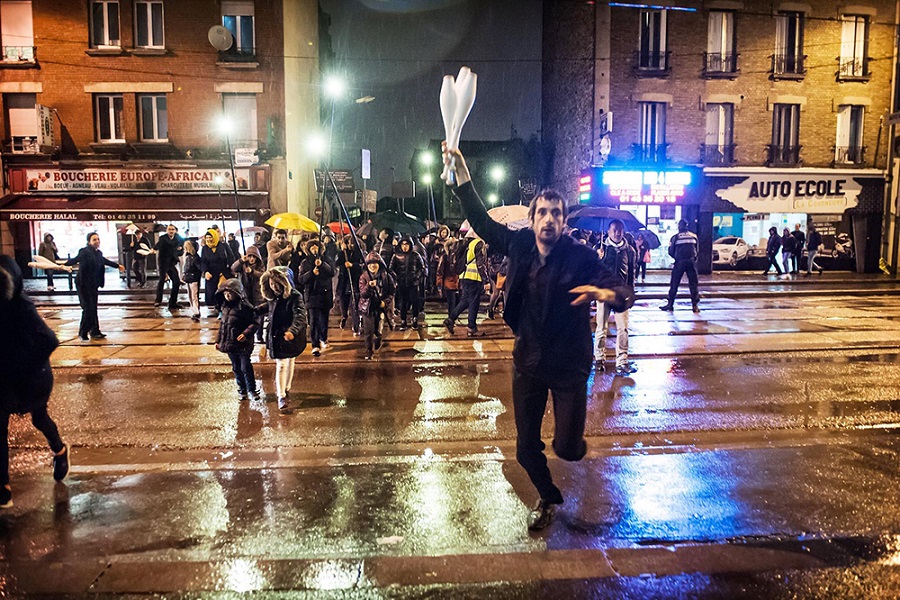 Creation for 5 jugglers, a musician, an invited musician and local participants. Monument has the smell of a juggled poetic survey, the decoration of which will be the city and its inhabitants.

A SHOW IN TWO CHAPTERS

Chapter 1: 3 days of performances In situ on the scale of the city for a not invited public. Chapter 2: 1 hour of entertainment for a public invited in a precise place of the city.

MONUMENT is a show for 5 jugglers, a musician, an invited musician and local participants. It was created for a not dedicated monumental space. The immediate writing in bludgeons is the raw material. The energy is lively, gross, impulsive, in bodies, juggling and music. She pours to modify the everyday life of the inhabitants of the city. The collective invites in an unusual and electric final performance to enclose the week. During this week of in Situ work, we shall work 3 hours with a group of local inhabitants. They will be completely joined into the performance of the second chapter.
The scenography is based on the architecture of the invested space and is transformed by a creation light.
The seasons, at night, the weather conditions are the guests, the partners of the collective and the public during the representation.
Monument is thus a performance in two parts. It lasts 3 days (chapter 1, which represents the juggled investigation) and the 1 hour (chapter 2, which represents the outcome).

With Protocole we want to give to see the order of the world in a gross way. The juggling with its physical density is for us there, the best way. We live the juggling as a joyful strength, a popular art, an endangerment, a permanent questioning. The circus is for us an unstable shape, because it draws from the transverse materials, of the dance, the theater, the performances and the music.
With Protocole, the discipline of the juggling that we stand out in a personal way for more than ten years, invites us to tell the indiscipline and the disobedience by questioning frames and bottom of our practice. The body is invested there, present. The circus has this ancestral strength to gather around what was, formerly, the track. In Protocole, the track is everywhere, in the basement of the theater, from a forest, behind the tier, under the bridge of a highway, in a building under construction. Our juggling is a shape of language. Protocole is in the research for a common language with all its complexity, allowing to express us in a improvised way. The juggling can so allow to enjoy all the spaces, the situations, the textures and to be in position of direct drive with moment.
When Protocole falls in the public place, it is to give to see the reality of the situations of the city, to give to see the unnoticed.